It supervises monitors and analyses the Programme at Division level.

It is specialized unit under State TB Cell as per RNTCP for performing the following activities:

At District Level the Programme is supervised by concerned District TB Officer.

At TU Level the Programme is being Supervised and Monitored by Medical Officer TB Centre (MOTC) of concerned TU, who is assisted by Sr. Treatment Supervisor (STS) & Sr. TB Laboratory Supervisor (STLS).

91 DMC s are established in Kashmir Province which are being provided Binocular Microscopes and other logistics (chemicals) etc. At TU Level LED Microscopes have been supplied by CTD.

Sputum Microscopy facilities are available in all the DMCs.

For the purpose of RNTCP, a PHI is a Health facility which is manned by a Medical Officer. At this level there are dispensaries, PHC’s CHC’s Referred Hospitals, major hospitals, specialty clinics or hospitals (including other Health facilities), TB Hospitals and Medical colleges within the respective district.

Supervision and Monitoring at various levels 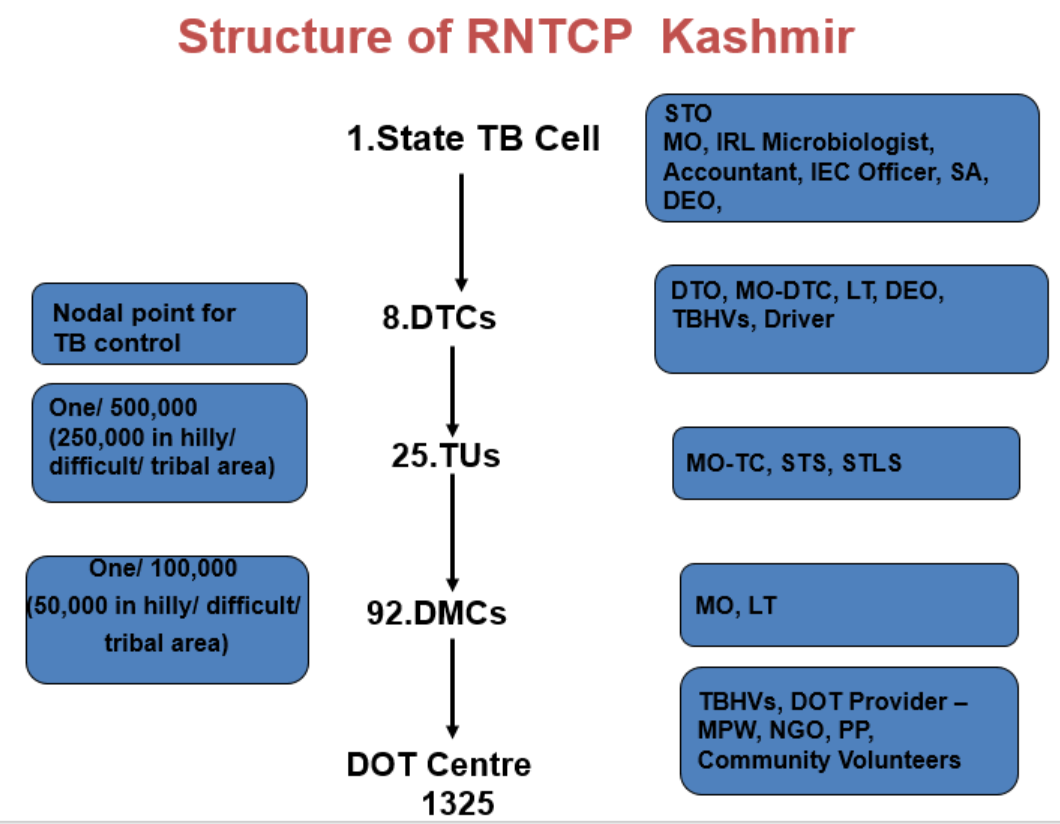