Anantnag District is in southern sector of Jehlum Valley. It is because of its rejuvenating climate, the inspiring majesty, its lofty mountains, the melodious flow of sweet waters of its springs and sreams, fertile soil, fragrant flowers and delicious fruits that the district has come to be synonymous with greatness.

Geographically the district lies between 33o-20' to 34o-15' north latitude and 74o-30' to 75o-35' east longitude. The entire Southern sector of the district, which is contiguous with tehsils of Reasi, Banihal and Kishtwar of Jammu province, and Eastern sector which is contiguous with tehsil Kargil of Ladakh division comprises of thick forests and mountains. The Northern and Western sides of this district are bounded by Pulwama district while Kulgam district falls in its west. Of all the districts of the state, Anantnag claims the largest number of streams (Nallas) like Sandran, Brengi, Arpath and Lidder. The most important among these is Lidder which takes of from Sheshnag lake and irrigate maximum area of the district.

As per the report of Revenue authorities, the district consists of 605 Villages having 01 Municipal Council and 10 Municipal Committees. There are Six Tehsils Viz. Anantnag, Bijbehara, Dooru, Shangus, Kokernag and Pahalgam which have further ben sub divied into 16 Nayabats (Land Revenue Circles) and 96 Patwar halqas. These villages have also ben divided into 07 Comunity Development Blocks Viz. Achabal, Breng, Dachnipora, Khoveripora, Qazigund, Shahabad and Shangus. For Law & Order purposes there are 09 Police Stations and 06 Police Posts in the district.

Owing to proximity of Peer Panchal Range, which stretches in its South and South-East, the district has a more temperate climate in sumer than other districts of the Valley. In winter, however, snowfall is heavier and temperature is relatively low. Being engulfed on two sides by mountains, the moonsoon does not generally reach the district. The rainfall is often excessive in Spring, moderate in Summer, deficient in Autumn and moderate in Winter.

The name of Anantnag District according to a well known archaeologist, Sir A.Stein from the great spring Ananta Naga issuing at the southern end of the town. This is also corroborated by almost all local historians including Kalhana according to whom the town has taken the name of this great spring of Cesha or Ananta Naga "land of countless springs". The spring is mentioned in the Neelmat Purana as a sacred place for the Hindus and Koshur Encyclopedia testifies it.

The district as well as its headquarter town are also called Islamabad. Regarding this second name no mention is to be found in the old chronicles of Kashmir. It is however, said that the name of Islamabad was assigned to the town by one Islam Khan who was the Governor of Kashmir during the Mughal rule in 1663 A.D., but the change in its nomenclature proved temporary and during the reign of Gulab Singh the town as well as district again resumed their old name, Anantnag, but stillbut still the name Islamabad is Popular among common masses, though officially the name Anantnag is used.

Before the advent of Muslim rule in 1320 A.D., Kashmir was divided into three divisions, viz; Maraz in the south, Yamraj in the centre and Kamraj in the north of the Valley. Old chronicles reveal that the division was the culmination of the rift Marhan and Kaman, the two brothers, over the crown of their father. The part of the valley which lies between Pir Panjal and Srinagar now called the Anantnag was given to Marhan and named after him as Maraj. While Srinagar is no longer known as Yamraj, the area to its north and south are still called Kamraz and Maraz respectively. Lawrence in his book "The Valley of Kashmir" states that these divisions were later on divided into thirty four sub-divisions which after 1871 were again reduced to five Zilas or districts. 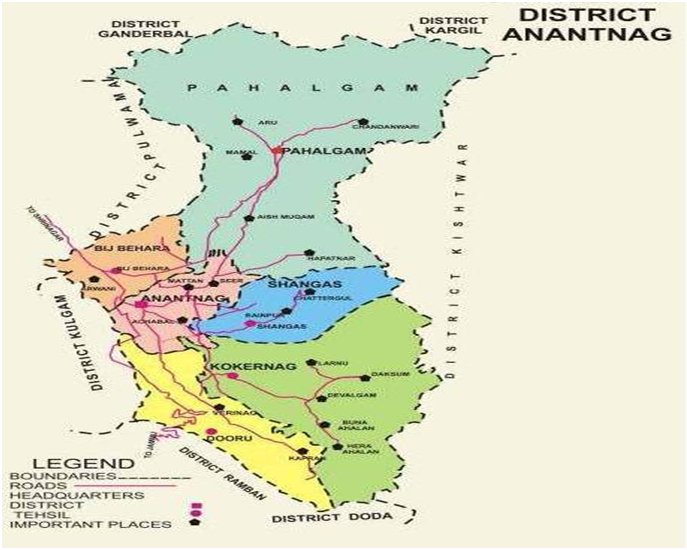 The role of Health Sector has assumed greater Significance in District Anantnag in view of its topography and presence of tourists almost in all seasons of the year in general and Amarnath ji yatra in particular. It is worthwhile to mention here that the cave is situated in that part of the Himalayan Mountains which lies in the Pahalgam area of the District. The District has seven Medical Blocks namely Achabal, Bijbehara, Larnoo, Mattan, Sallar, Shangus and Verinag. There are 03 District Hospitals located at the District Headquarter which include Mirza Mohammad Afzal Beigh Memorial Hospital, Maternity & Child Care Hospital and District Tuberculosis Centre. Besides, there are 05 Sub District Hospitals located at Bijbehara, Dooru, Seer Hamadan, Shangus and Kokernag. Moreover, the District has 27 primary Health Centres (PHC’s), 36 New Type Primary Health centres(NTPHC’s) , and as many as 137 Sub Centers (SC’s) spread in nook and Corner of the District for providing easy and efficient health care facilities to general public. The main activities performed by these health institutions are general health care, (RNTCP) Revised National Tuberculosis Program, (NLEP) National Leprosy Eradication Program, (COB) Control of Blindness, School Health check-ups. Under the flagship programme of National Health Mission (NHM), institutional deliveries have increased tremendously in rural areas and the maternity as well as the infant death rates have also decreased.

Govt. has already considered establishment of a Medical College in the District, for which land has been identified at Dialgam Anantnag. Proposal for setting up a Nursing Training College is underway .Besides sanctioning of AIIMS at Awantipora which is also nearer and appropriate location to facilitate superficiality health care to people of this district as well.

The district has made considerable progress in providing of medical facilities to the public the details reflecting structure of Health and Medical facilities available in the district are given on the succeeding pages including both rural & urban areas. 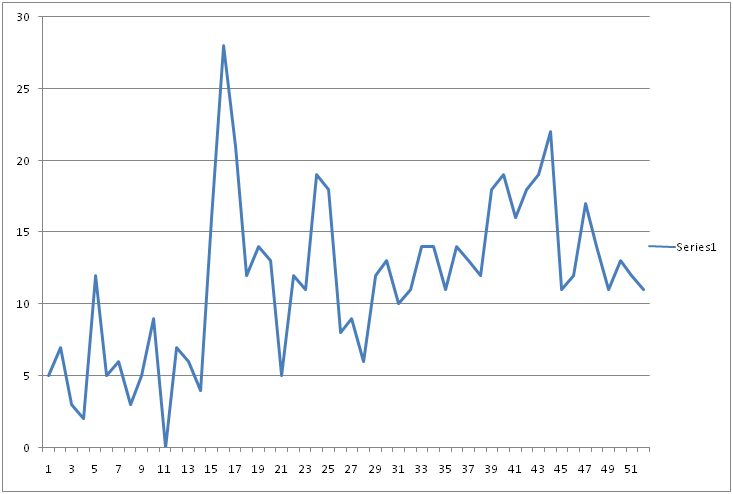